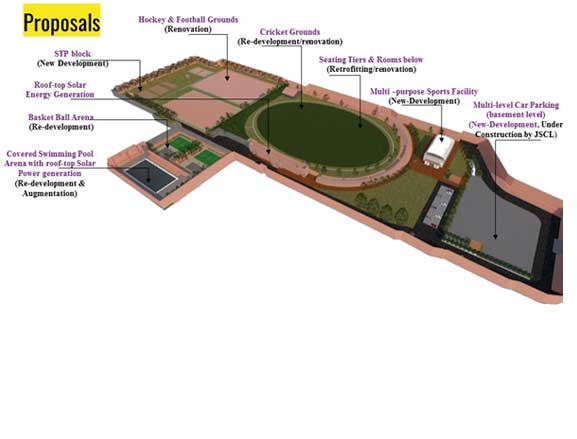 In previous times, the Elephant festival was held at the Chaugan Stadium but due to the increase in crowds its venue got changed in 2011 and has been shifted to Jaipur Polo Ground which is opposite to the Sawai ManSingh Stadium.

Now as SMS Stadium is concerned, it has all facilities as per the international standards. However, the cycle velodrome, needs maintainance and upgradation. Two international championship level tennis courts are to be built. There is also a need to construct a new indoor stadium consisting of facilities for sports like Boxing, Table Tennis, Badminton and Wrestling.

Jaipur Smart City is Constructing and renovating facilities in Chaugan Stadium such as: